Grade barriers and league tables act as a proxy for social engineering throughout our education system. The scandal at St Olave's is just the tip of a selective iceberg of privilege and elitism. 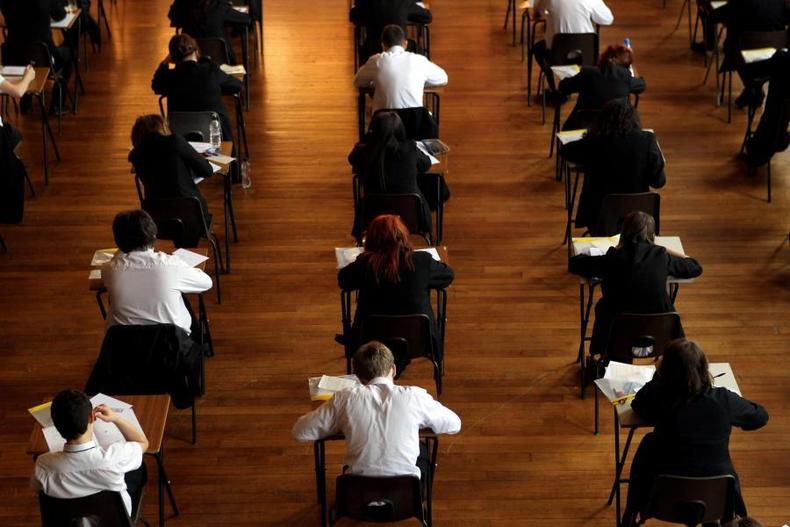 The parents and students who challenged St Olave's Grammar School in Orpington have opened up a dirty (not so secret) secret across the UK.

St Olave's is not an exception. Full data is not collated but it is common knowledge that selective sixth forms exclude students at Year 13 as a matter of routine. It would be unsurprising if this proved on research to be the general rule.

Certainly in Newham, all the selective schools: have an open policy of dumping students including The Academy of Excellence (sic), Brampton Manor and disgracefully, Newham Council's own illegally constituted selective rival, the Newham Collegiate Sixth Form.

All the above set a bar of three C grades to progress to Year 13. This is a disgusting breach of faith. This is well above the level at which students can progress to higher education, whether degree, HND, or apprenticeship.

Beneath all the mission statement speak, the architects of these institutions have conceded to the underlying principle of selection - that the majority of young people in Newham are undeserving of an equitably resourced and funded education. If the latter were to truly operate, then the local Sixth Form College would receive more funding per head to help in overcoming disadvantage and to provide equitable opportunity to overcome obstacles on the playing field.

Despite the inequity in funding,local Sixth Form Colleges often do take these students on very successfully. I lost count of the number times a "reject" student thanked staff at the end of the year while relaying how they had felt undervalued and humiliated at their former school. It has to be said however that some students never recover from the humiliation and blow to their self-esteem.

There is no educational rationale for dumping sixth formers. It is pure selection in order to massage results and league table positions against "competitors"; all at the expense of young people's lives and futures.

The salt in the wound is that institutions can then claim "success rates" to Ofsted in which students the school has failed (in every sense of the word), are excluded from the count. If they were included many of these institutions might be hard pressed to attain a "2" or "good" grade.

None of this accidental. The principle of selection is a proxy for dumping the undeserving poor at the first opportunity. League tables are an enforcement mechanism to pressure schools to compete in this way. Not by offering choice but by denying it. Like any proxy, it is a somewhat crude and blunt instrument. It is nonetheless effective in forming a barrier against the majority of disadvantaged students (from poor backgrounds, special needs, ethnic minorities) who literally cannot "make the grade".

It is inherent to this logic therefore that selective sixth forms will kick students out at year 13 in order to compete, regardless of the damage to young people and their families. It is the "elite" status of the institution that becomes paramount. If the undeserving poor slip through the school gate or threaten to lower your exam grade profile, throw them overboard. In my view this amounts to little less than emotional abuse and constitutes a grotesque breach of faith.

This is not an attack on the teaching and support staff in state academies that have been swept up in this maelstrom. The blame should be laid firmly at the door of heads, governors and the corporate and elite bastions of privilege, for example Eton and Brighton College, who sponsor many of these sixth forms.

The banning of arbitrary grade barriers to year 13 will in itself help level the field. It is a principle every teacher should support. The vast majority of staff in all schools want to support all their students in order that they achieve successful progression to meet their aspirations and potential; as teachers we all aim to build our students' self esteem and confidence, even when they may buck the traces sometimes. None of us want to humiliate and shame young people, yet that is the consequence of this perverse selective mechanism that is forced upon us.

School leaderships and governors are now knowingly breaching the law. We should go to battle. Every student and family who has suffered exclusion should be encouraged to take legal action.

Crucially our new teaching union, NEU, should use its strength to challenge and expose every instance of social dumping - let's call it by its name - and support those students and their families who have been the victims of this pernicious policy.